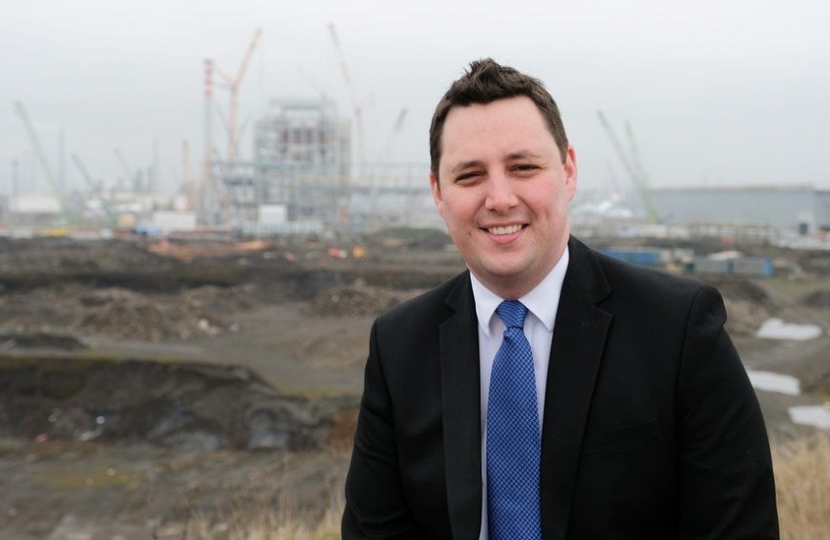 Skipton & Ripon Conservative Association is Inviting you to a Supper with Ben Houchen, Mayor of Tees Valley at The Coniston Hotel on Friday 15th October 2021, 7pm for 7.30pm.

In light of the Local Government reorganisation in North Yorkshire and the work that Ben has done in the Tees Valley to boost their economy, Ben is a very topical speaker.

Ben Houchen was elected as the Mayor of the Tees Valley in May 2017 and has the largest electoral mandate of any Conservative in the North of England and represents almost 700,000 people. As Chairman of the Tees Valley Combined Authority, he controls a £500m million fund to drive economic growth in the area, with a plan to deliver 25,000 new jobs by 2026.

Ben is delivering on his manifesto pledges by turning around the Tees Valley economy and generating new jobs and investment to the region. He has already succeeded in bringing Teesside Airport back into public ownership and, following 3 years of rigorously campaigning for the introduction of UK Free-Trade Zones to the UK, the Chancellor Rishi Sunak, announced that Teesside would be home to the UK's biggest Freeport. As such, Teesside Freeport is set to create 18,000 new jobs over the next 5-years, boosting the local economy by £3.2 billion and unlocking countless new opportunities for the region.

In addition to this, Rishi Sunak, also recently announced that, following a campaign by Ben, Treasury North would be coming to Teesside. This will create hundreds of jobs for local people and is delivering on our Levelling Up policy to put local priorities at the heart of the Government's most powerful departments and spread wealth throughout all four corners of the Nation.

Please join us for what promises to be a fantastic event listening to how Ben has broken down the red wall to hold the biggest single majority of any Mayor and start improving the lives of his constituents by delivering on a strong Conservative mandate.